A true story of a woman trafficked and rescued.
[Due to privacy she has asked to keep her name and information anonymous] 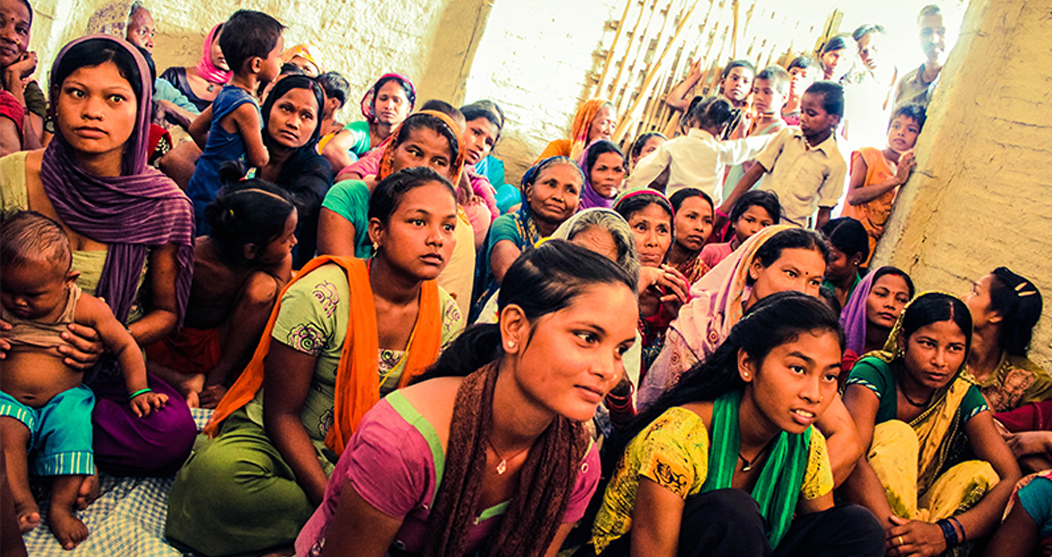 Someone came to my village up north and approached my parents about giving me a better life. He came with money and his words were sweet and convincing. I was seventeen, a young, uneducated girl from a village, completely mislead and deceived. I had no thoughts aside from what my parents had told me; I was going to live a better life and have the opportunity to become educated.

I got into his car and he handed me some chocolate, I was so excited to eat it… I don’t remember anything that took place after eating the chocolate, all I remember was waking up in a strange home. The man had told me that this was his sister’s house and she was going to be the one feeding me, clothing me and taking care of me. As soon as he told me these things, he seemed to vanish, I never saw him again.

I had never heard of things like this happening to women before until it happened to me. They put me into a room with a bunch of other girls and I immediately felt my life was over. I realized in that moment, I was not going to have a better life, this was some kind of trick; my future had been taken from me. I had been sold to this woman to work in her brothel, I was her property.

I was taught to please the customer and do whatever he told me to do. If I did not please the customer or he was not satisfied after my services I would be beaten by the head mistress (Gharwali) and not able to eat for the rest of the day. I felt very bad to perform these acts and it was hard to look at myself in the mirror. I was forced into this and could not refuse to work. It was all I knew. I was abused and beaten by my Gharwali every time I did not perform well. I was only 17. One time I was beaten and raped by a man because he wanted me to perform something and I was not performing it correctly so he beat me until my head began to bleed.

I tried several times to run away but never was able to do so successfully. When you are brought to this place you are forced to stay inside the house and not leave for several months; even years. I did not know my surroundings so I could not get very far without them finding me. In Mumbai, the police will return a girl like me back to my Gharwali, put me in jail, or sell me to someone else. So a lot of the time, girls here are too afraid to run away.

I have the disease called Epilepsy. It causes me to go into convulsions, and since I was not home I could not take my medication for it. Living the way I was living and having this disease caused me to want to end my life. I felt God pursue me the most throughout those rough years. God spoke to me and my thoughts about taking my life were completely transformed. I was created for some reason, even if I did not it know yet.

Then it happened, something completely crazy, while I was working in the brothel, a ministry called Mumbai Teen Challenge came to our area. They began preaching around my brothel and my Gharwali became intrigued by their teachings and what they were saying. She became Christian! She shut down her whole sinful operation and began to speak the word of God over me and all the other girls. God saved us and turned my life around that day.

An anti-trafficking organization stepped in and brought me and some other girls home to Nepal where I was rehabilitated, loved, and taught more about God. At first I had no contact with my family; they did not know where I was. But after I was rescued I had the opportunity to see them again. It was about 7 to 8 years since I had last seen them. Once I was in Nepal, I was able to send them my address and they came to visit. We were reunited. I was so happy to be reunited with my family and was able to share with them about who Christ is and how he saved me. My family all came to know Christ through my testimony. My father was 100 years old when he accepted Christ and was baptized. He has since then passed away, but I know he is resting in the arms of my Lord Jesus.

The advice I would give young girls is this: do not believe everything that a stranger tells you to be true. Especially if he is sweet to you and your family, bringing gifts and money and talks about a life of riches. Resist the temptation of believing the lies that those men tell you of a “better life.” And remember God saves, heals and restores.