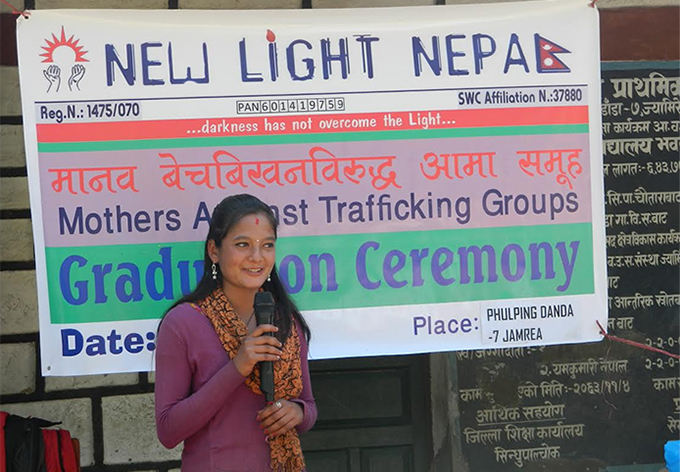 One day I received phone call from unknown number. And I asked where he was from and why he had called me. He said that he had called me mistakenly. Then he told me that he feels like he is taking to someone his own. He also told me that we can call each other sometime. I told him that I am very old and I have my grandson and granddaughters why should you have to call an old lady. He told that by listening my voice he wants to meet me and talk to me.

He told me that he stays in foreign and he has his friend over here. He told me to go to his friend and to him once. I told him that my husband and son do not allow me to talk unknown people. I also told him not to call me again. After that he used to call me around five times a day time and five times at night time. Once he called me at 1 am at midnight too. I had been in MAT class of New Light Nepal. I started to say him that I will tell the police and give the number to police. I also told him that he was a broker. He afraid and stopped to call me. MAT class has saved my life by giving me true education.